When we set out on our house-hunting expedition, outwardly I was open-minded but inside, all I wanted was a Maison de Maître. Unbelievably, we saw the most idyllic one on our third day here, in a Charente riverside village called Vindelle 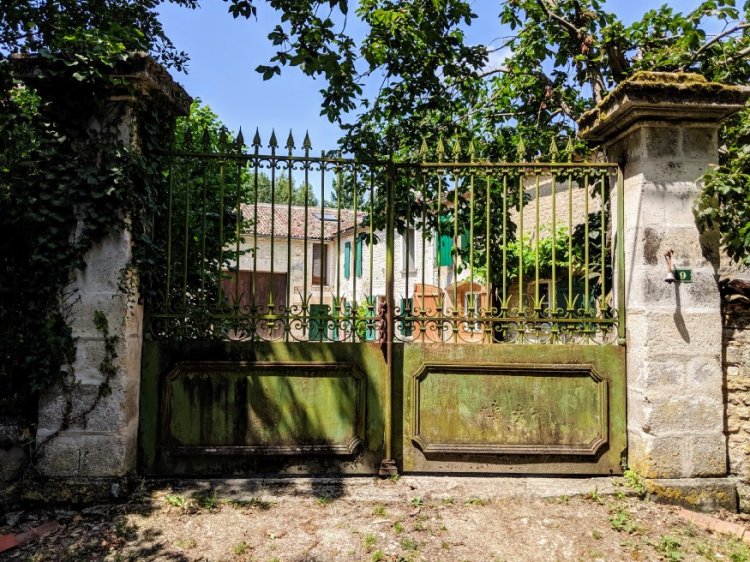 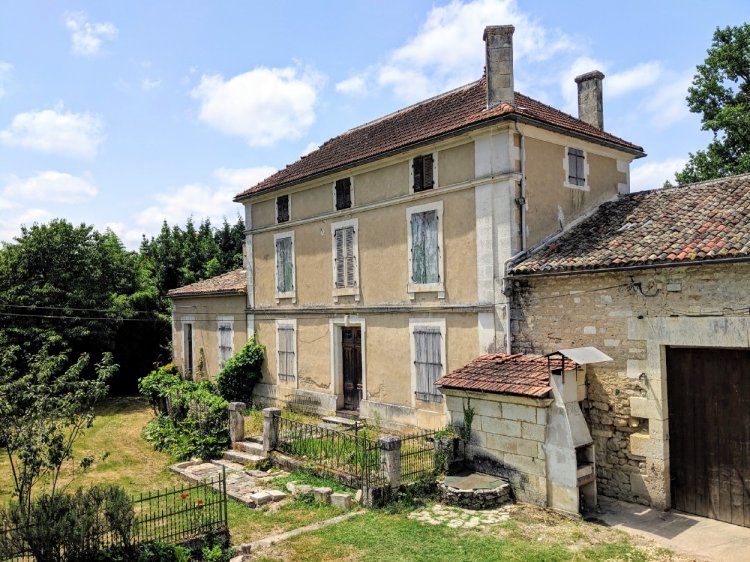 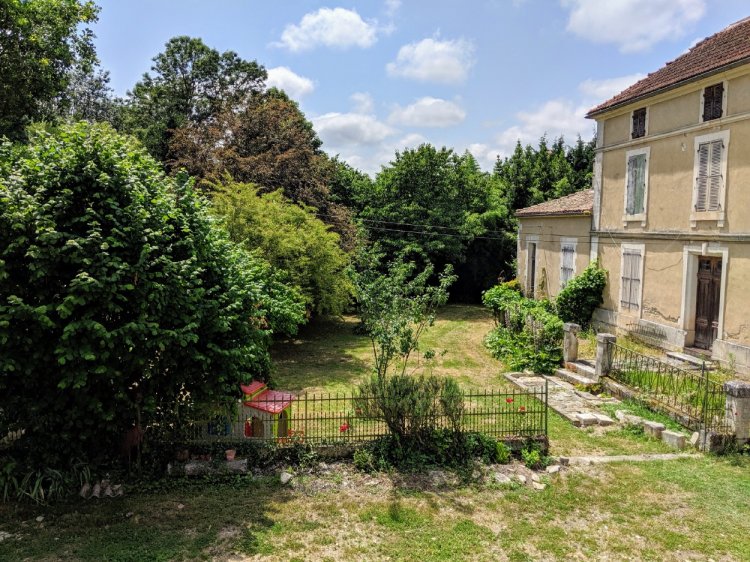 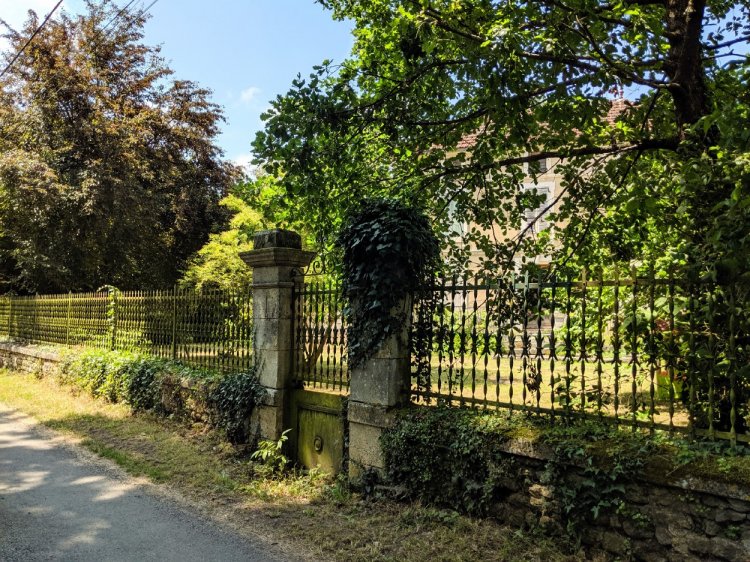 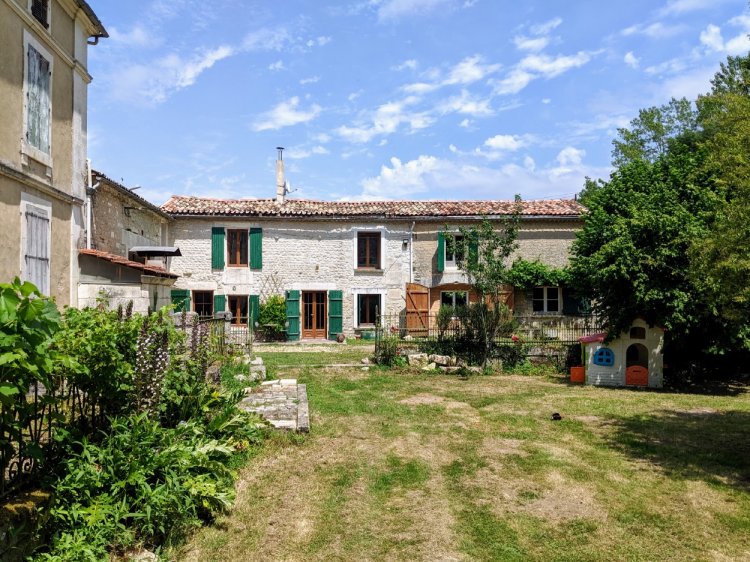 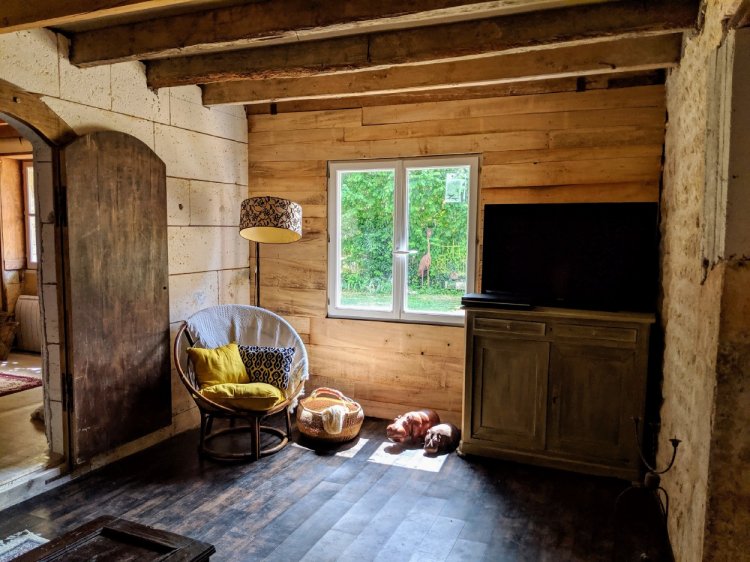 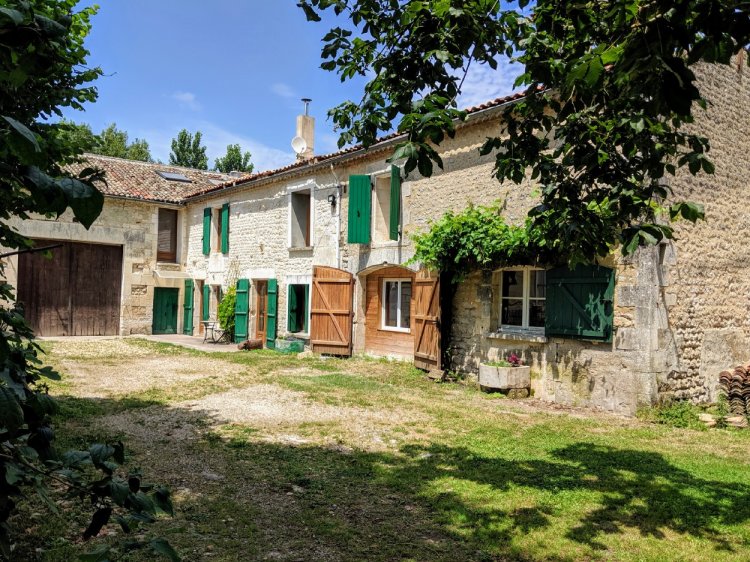 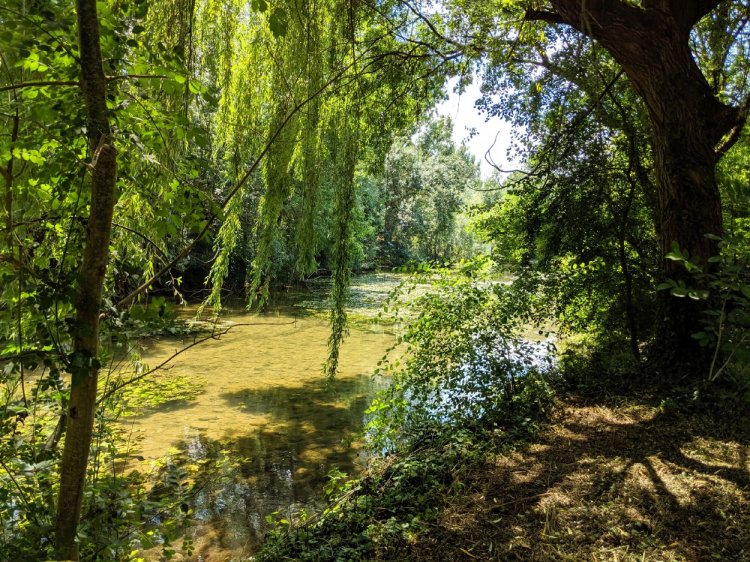 They say your house is your castle, so why not buy one!? Well, a French Chateau significantly exceeds our price range! But the style of house which Jack and I absolutely adore is that of a Maison de Maître or “Master’s House”. Every time we see one in the French countryside our hearts simply swoon.

When we set out on our house-hunting expedition, outwardly I was open-minded but inside, all I wanted was a Maison de Maître. Unbelievably, we saw the most idyllic one on our third day here, in a Charente riverside village called Vindelle. I was actually jumping up and down at the A Vendre “For Sale” sign on the rusted emerald gates and telling the kids this was our new home, without stepping past the gates, or knowing the price.

We got to look around that afternoon, after which my heart dropped at the amount of work to do. The Maison de Maître was completely uninhabitable, having barely been touched since they used the long drop toilet that flushes right into the river, which is still there to use! However, there was the longère or servant’s house which had undergone some extensions and typical french renovation work. (By ‘typical french’ I mean, “but it works, doesn’t it!?” — referring to the piece of wood plugging a hole in an indoor sewage pipe). And there was an entire guest 1-2 bed apartment with completely separate kitchen and bathroom.

There was no denying that this house ticked all the boxes of our wildest dreams. The setting, our own section on the bank of the river, the Maison, a perfectly habitable home with enough bedrooms and separate office for Jack, even a separate playroom, a place for guests to stay…

However, I had hoped we could buy in France for cash and have some left over to immediately start the improvements, but, this house was all our money, and then some. So we diligently followed through in viewing pretty much every house in the Charente within (and without) our budget.

It was exhausting and time consuming work since the estate agents only divulge the address at the last moment, insisting on meeting you at some landmark in the nearest village and making you follow them to the house. This is frustrating when a simple drive-by could have ruled out the house in seconds, but once you’ve planned your whole day around seeing the listing, you may as well look inside. My goodness. I was seriously generous with my estimation on what we could afford from the profits of selling two homes in NZ. The reality was bad after worse. Everything needed a new kitchen, new bathroom, new heating, new roof, one even had someone else’s house on the front lawn. Sure, we could have purchased a rather nice town house, but we didn’t come all the way here for the ‘same old’. No. We wanted the dream.

To live is to dream. But I dream to live. Without a crazy dream consuming all my energies, I do not see the point. If there is one thing my Dad has taught me it is to dream, and to dream big. You never know, you might end up living big too.

In the end, the heart wants what the heart wants. And no matter how hard I tried, (Jack was sold before me), I couldn’t bear to think this was our chance at living the dream and I was too chicken to grab it with both hands.

So grab we did. And we have been grabbing ever since we moved in. Weeds, nettles, rocks, a few bargains on Facebook Marketplace, even plasterboard that was put over a beautiful stone wall, and every day we grab all the moments we can to look around us, in awe. We are here. This is home. 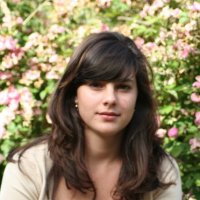 HD is for Artists. I Take Photos for the Memories.