Late September and camping in England are not two things I thought I would ever link, but there you are, life is full of surprises. 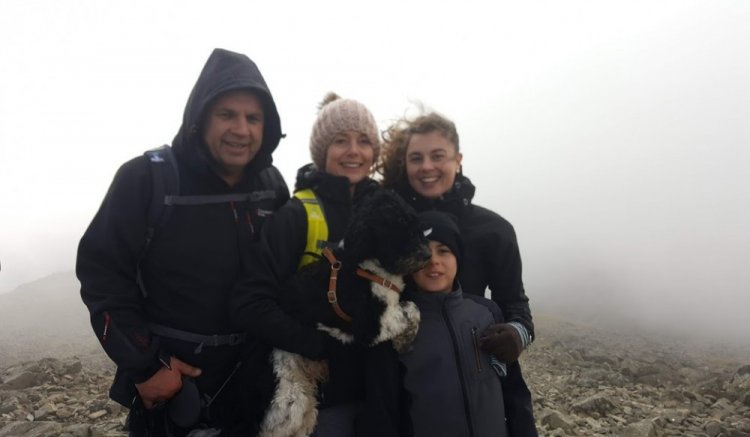 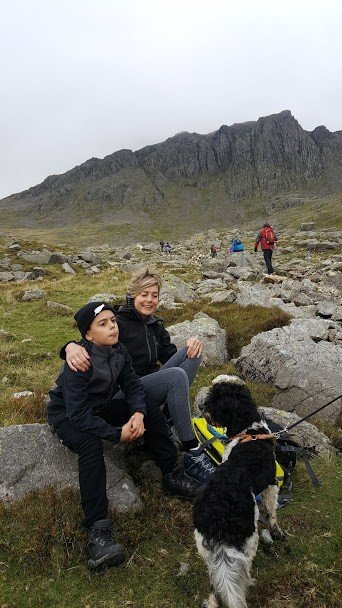 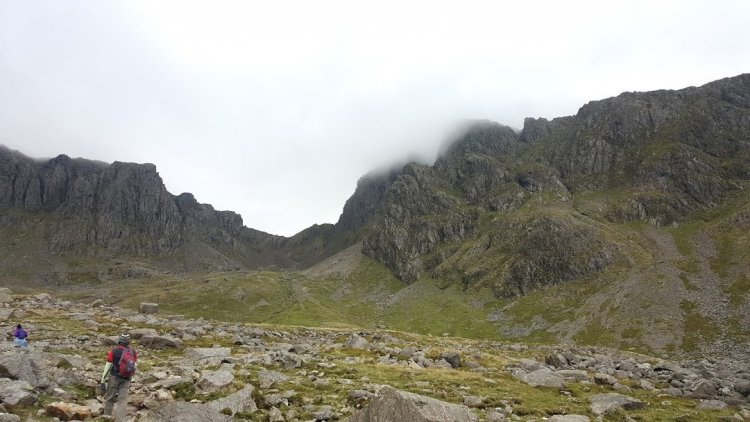 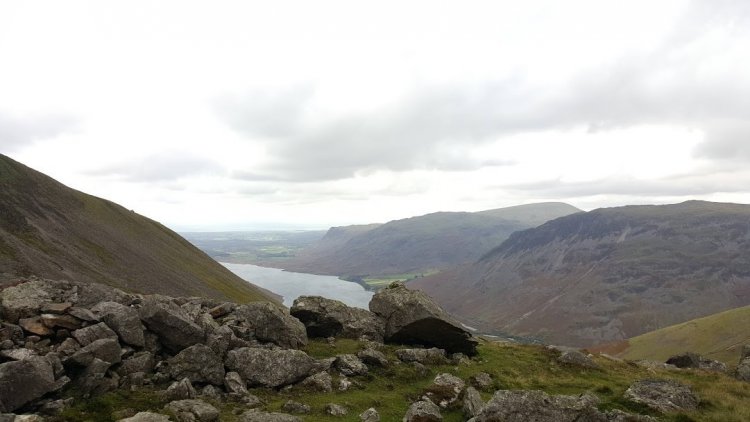 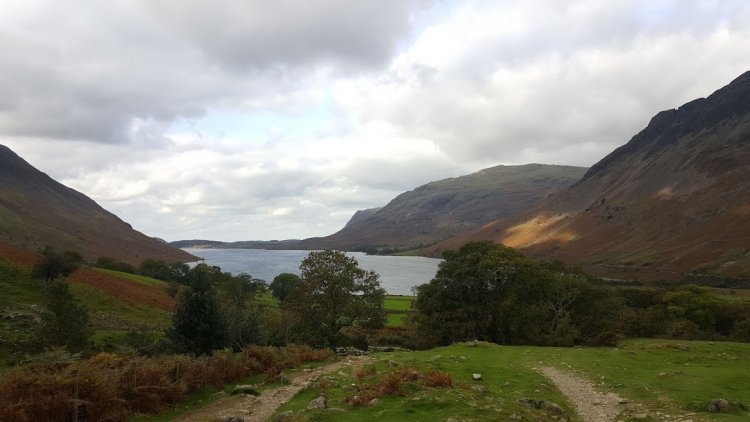 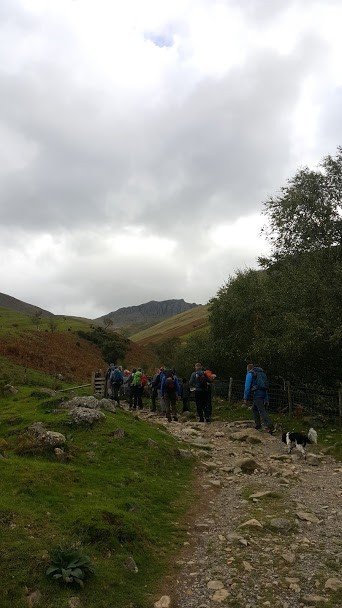 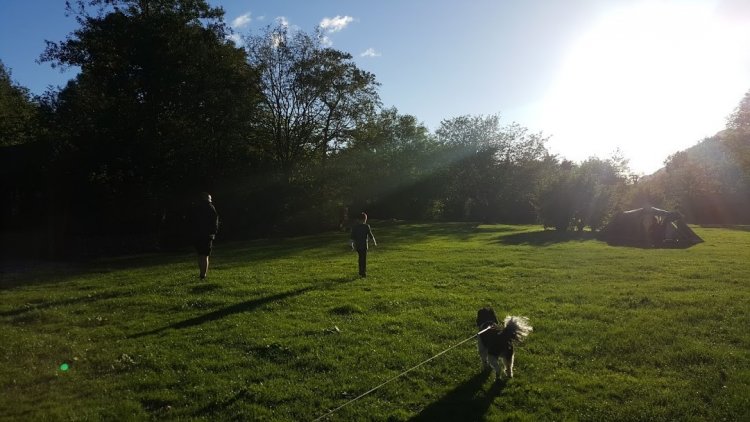 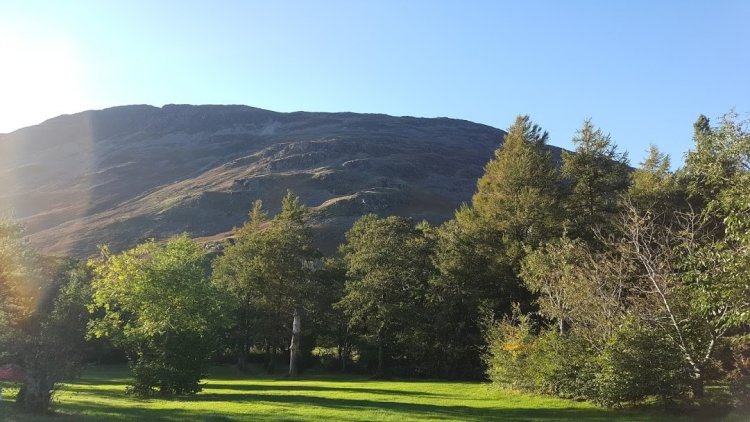 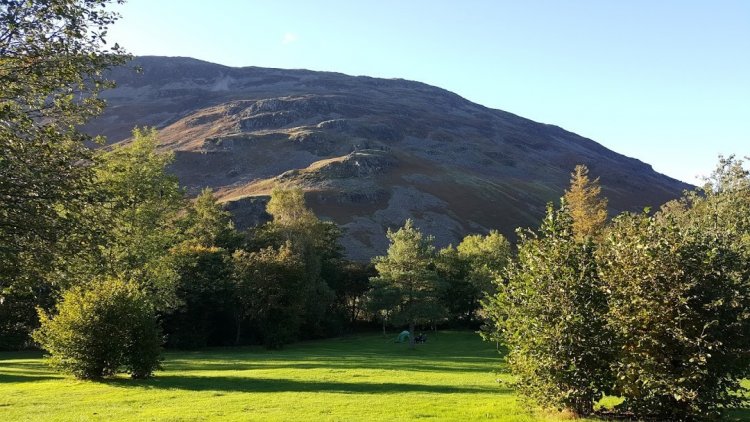 Ok, not famous, but we do have Timothy the dog, and there are five of us.

Late September and camping in England are not two things I thought I would ever link, but there you are, life is full of surprises. A week beforehand watching the weather forecasts and continuously lowering our threshold of what constitutes acceptable weather, we finally  settled on anything that wasn't blizzard conditions and set off on Friday 28 September, for the northern reaches of the Lake District for a weekend at Wasdale National Park.

The trip was part of Levi's 10th birthday celebrations, and we chose Wasdale because it was the closest camping site to Scafell Pike, England's highest peak. Levi has seen mountains in the clouds on our previous trip the Lake District, and desperately wanted to climb up 'into the clouds'.

At 978m, Scafell Pike is no 'Everest', but it still looked like an ambitious undertaking for our novice bunch of old and infirm parents, head cold stricken Pepi and over enthusiastic Levi and Timothy.

Even though it's late September and schools are back, the route up is busy. Scafell Pike is England's tallest peak, and there's something  about 'climbing the highest mountain' that society finds simply irresistable. People of all shapes, sizes and ages 'conquering their Everest'. If I am honest, the over-sized and the over age give me confidence that we will succeed in our efforts to 'knock the buggar off'!

A couple of hours later, a few slippery bits of mud and rock, and an unrelenting push against gravity and we made it to the summit. Swirling clouds and mist coupled with a stiff, chilly wind added the drama that provides the necessary sense of achievement. We were on the top of all England. Best of all, coming back down, these old knees coped magnificently!

We survived the couple of nights camping - although chilly, the weather was at least settled, and the campsite picturesque and sparsely populated. It certainly wasn't bad enough to put us off camping altogether, but I think we all agreed that late September was just outside the ideal. All in all, a wonderful family adventure - one that Enid would almost certainly have approved of! 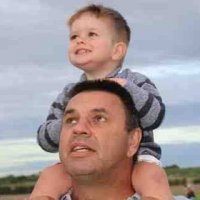 Staying In Idaho’s Most Famous Spud: The Big Potato Hotel

PJ Harvey to reissue Is This Desire? on vinyl with unreleased demos

The Feral Nature of Werewolves, A History