Aldi was our nearest supermarket at just 480 metres from our front door. Yet we were willingly to trudge 2250 metres come rain or shine to Lidl every week for our groceries. The post The Brexit Treatment appeared first on In Their Place.

Aldi was our nearest supermarket at just 480 metres from our front door. Yet we were willingly to trudge 2250 metres come rain or shine to Lidl every week for our groceries. This might seem utterly random to anyone who hasn’t tried to purchase alcohol at Aldi with a non-UK ID.

For more than 2 years we did our weekly shopping at the Aldi up the road and many, many cans of beer, bottles of wine, and the odd bottle of Aldi’s finest Irish Cream later, we suddenly got stopped in our tracks by a teenager with braces. Understandably trying to do her job and avoid being prosecuted, she asked for our IDs as she scanned through a bottle of white wine. My partner casually handed his French National ID card over to confirm his 28 years of age.

‘What’s this?’ she challenged as her little brow furrowed deep, to which he explained was his ID. Unsatisfied, she signalled her manager (who stood three check-outs behind her) and queried if they could accept this while flailing the ID in the air. To our surprise, the manager confidently, firmly, and unquestionably replied, ‘No’. After the initial shock wore off and the frustration started to build, I pointed out to her that she hasn’t even looked at it, but she simply dismissed us with a vague explanation about not accepting non-UK IDs. A National French ID card that permitted entry into the UK on numerous occasions and the purchase of alcohol at this very store dozens of times was now unacceptable. So we paid for our shopping (sans wine) and left feeling like two very disgruntled customers.

We could not fathom the sudden change in attitude towards non-UK IDs and decided to pursue the issue further with a formal complaint to the Aldi Team. After all, this was our local supermarket who had received our loyal custom worth £5,000 for two years running. Sadly, this proved more futile than arguing with the manager in the store as we received an automated response confirming:

“When identification is presented our store staff may refuse non-UK forms of identification as they are not trained in confirming their authenticity. We are sorry for any inconvenience this may have caused you. Once again, thank you for contacting Aldi Customer Services and we look forward to your continued custom.“

This was the most ludicrous excuse I’d heard. In other words, it was lucky dip whether we got someone at the check-out who was worldly enough to recognize a French National ID card, or ended up with the minor who has never stepped foot outside of the UK. Not to mention Aldi’s origins… are German National ID cards are also being refused across the UK? Worse still, Aldi takes no responsibility to remedy this issue by training their staff to recognize a valid ID – if it’s their job to ask for one, it’s their job to know what one looks like, right? Wrong. They’d rather encourage ignorance and xenophobia in all their members of staff because, apparently, if you’re over 18 AND British, they’ll sell you their whole wine cellar!

With 20 percent of the UK population being non-British, and reports that half of UK households are now shopping at Aldi or Lidl, we are talking about roughly 6.5 million shoppers who are unlikely to have UK ID cards and could therefore be refused purchase of alcohol in Aldi for no lawful reason, but because they are not British. To avoid being subjected to this notion of customer service, we decided to boycott Aldi and happily hiked to Lidl for our groceries.

Saturdays were my favourite. Now I wake with heavy dread and snooze my alarm 3 times. I then begin the painful process of dragging myself from the warm embrace of my bed, digging out my work uniform, and trudging towards the shower. It was my parents’ idea for me to get a part-time job during my final year of secondary school. It’ll be good for you, they said. It’s £4.20 an hour for under 18s, I had reminded them. Nevertheless, my Saturdays are now consumed with menial banter, standing on sore feet, and the constant beep as another frozen pizza goes through the till. This is the price I must pay to get paid.

I had been clock-watching since my shift started and it was now almost 4pm: freedom. I quickly flicked my check-out light to red to warn off any loitering customers and sized up the last of the shopping that was making its way towards me. As I scanned through a bottle of white wine I asked the young couple for IDs (better to be safe than sorry, my manager keeps reminding me). The guy handed me a green laminated piece of cardboard.

I did recognize some words on it but we didn’t cover ID cards in French GCSE and this one definitely looked a bit DIY to me. I explained politely that I hadn’t seen one before and I’d have to check it with my manager. She was busy at another till so I held it up and queried whether we could accept it. When she responded with a resounding ‘No’, I passed it back to the customer with a mumbled apology. I could see they were getting fed up with this whole charade and to be honest so was I. His partner tried to reason that they shopped here every week and his ID had been accepted before, but I’d gone this far and I could still feel my manager’s eyes on us. A little embarrassed and not sure what else to say or do, I carried on doing my job – swipe, beep, swipe, beep.

‘Well, I’ve got your name, Abby, and we will be putting in a complaint,’ the young woman huffed. I don’t know if it was because she knew my name (from my name badge), or her hostile tone that made me jump, but suddenly I was terrified of losing this stupid job! With my sweetest ‘give me a break’ smile I stammered out another apology.

It’s super awkward asking for ID because I always get that look like, ‘Sweetheart, I’m at least twice your age and now I have to rummage through my wallet to prove it’. But I’m not the one who came up with the Challenge 25 rule and I’m certainly not going to be the sucker who gets done for selling wine to a minor with an unnatural amount of facial hair. Especially if I want to consider career prospects outside of the swipe and beep when I finish school.

The post The Brexit Treatment appeared first on In Their Place. 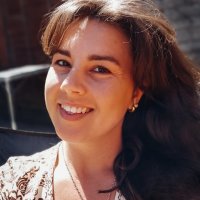 Brand new to Digital Marketing? This guide is for you